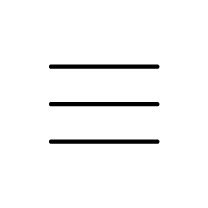 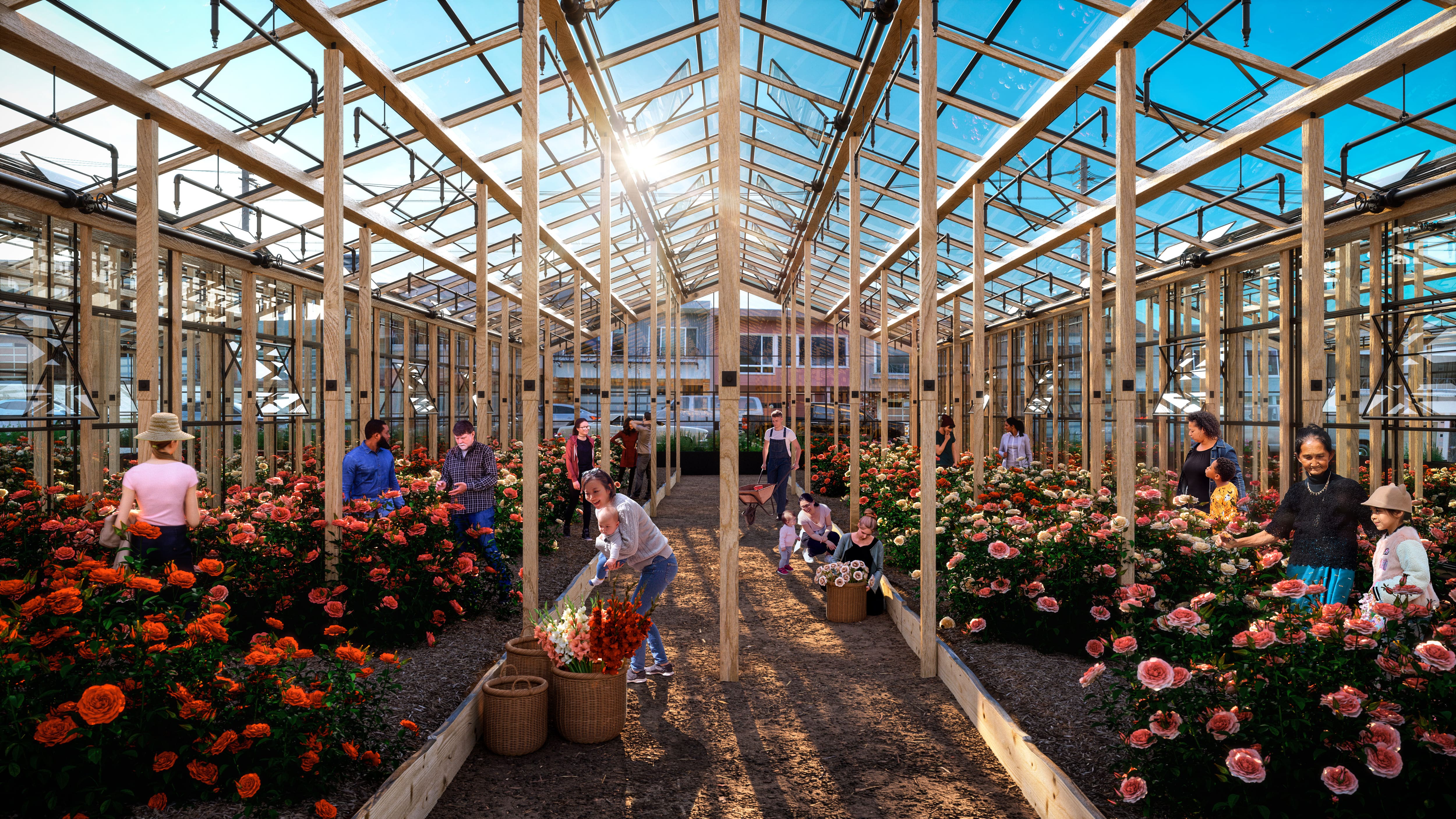 A view inside a restored greenhouse at 770 Woolsey. Rendering: Dmitry Golikov

URBAN AGRICULTURE IS ESSENTIAL TO BUILDING A SUSTAINABLE FUTURE.

Donate
The Greenhouse Project
The Opportunity
The Context
Why This Location?
What's Happening Now?
The Greenhouse Project is working with the Portola community to restore 770 Woolsey Street, a historic 2.2 acre agricultural site in San Francisco, into a collaborative, visionary hub for food production, education, connection, and environmental stewardship. We are currently engaged in a capital campaign to bring Portola Farm to life. 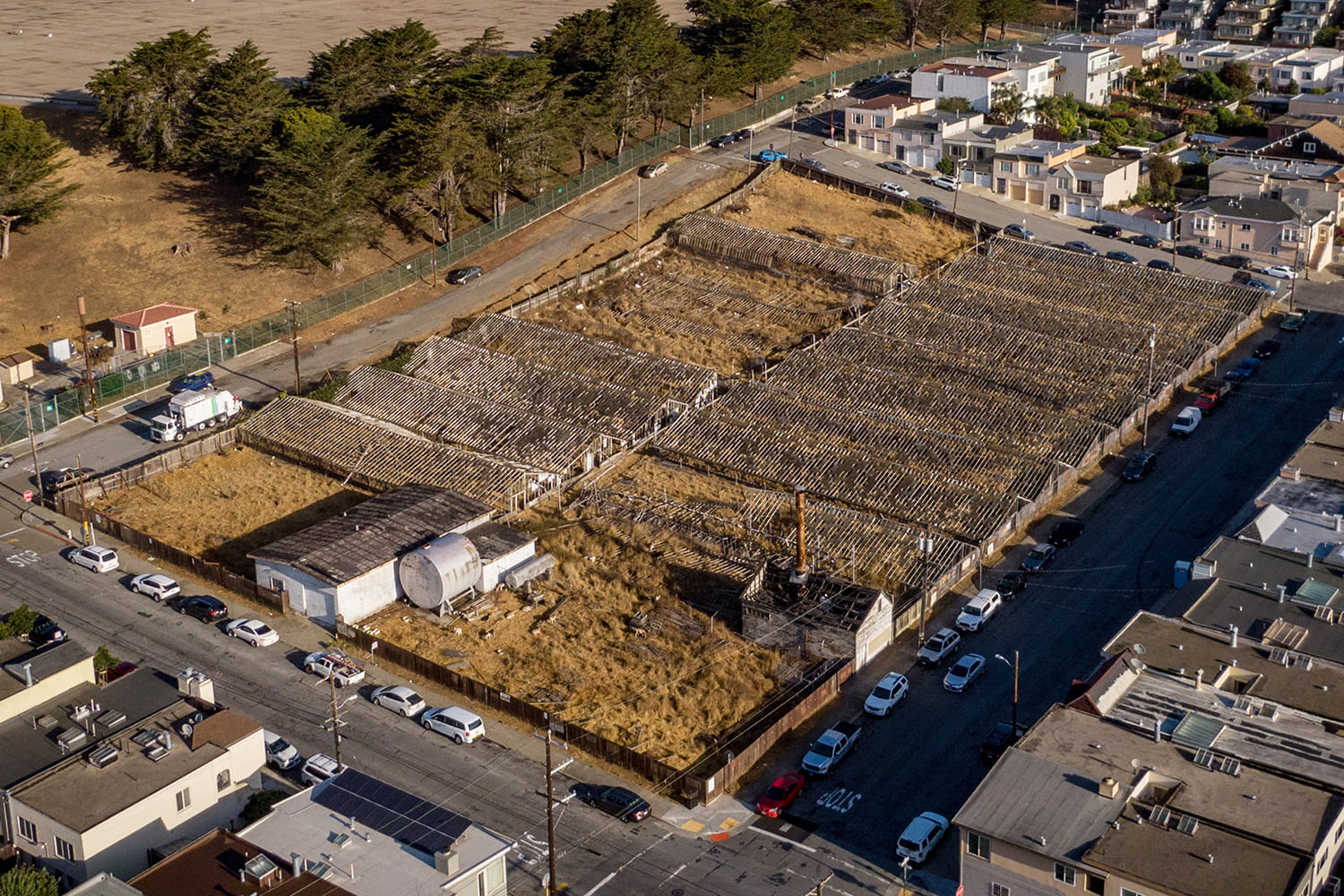 Portola Farm will be:
​​
• An educational hub that will serve thousands of visitors of all ages every year. It will be a potent site for learning about our food systems and fostering relationships to land.

• A social enterprise that will increase access to healthy produce in an underserved neighborhood and be a model community-centered business.

• A self-sustaining operation that will boost the local economy via the production of food, flowers, and seedlings.

• A permanent community asset for residents of southeast SF and a landmark destination for the city at large. It will connect people and offer space for collaboration across cultures and generations. 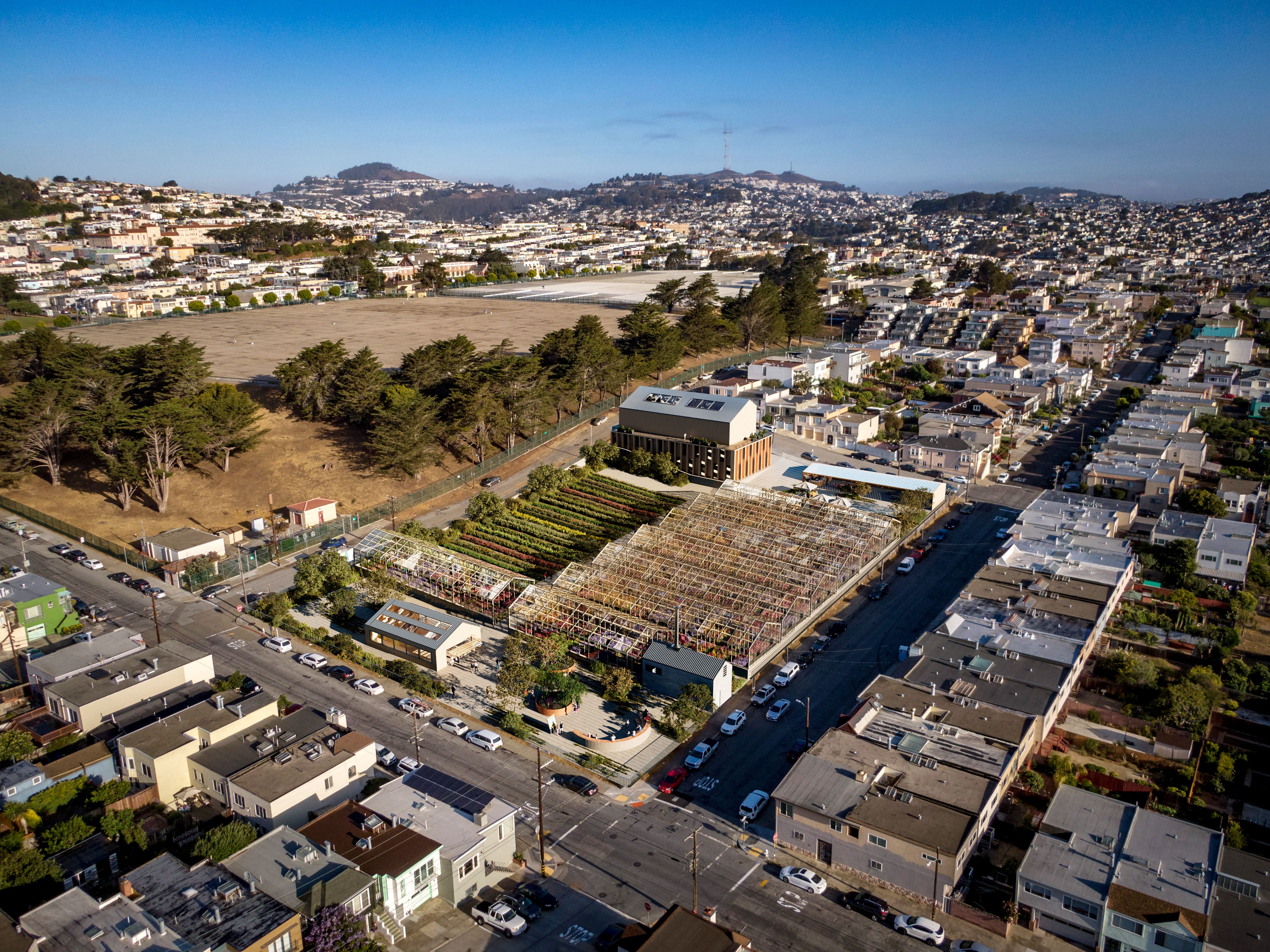 A vision of Portola Farm from above. Rendering: Dmitry Golikov

Our food systems are broken. They are a major driver of environmental degradation, including climate change. While cities consume the vast majority of food, most production happens in rural areas, invisible to urban residents.

Urban farms can bridge this gap, but they need long term, secure land tenure. While San Francisco holds a rich history of urban agriculture, supported widely by residents across neighborhoods, means, and backgrounds, development pressure has left few remaining farm projects and none that are self-sustaining. Interest, enthusiasm and political will for urban agriculture have been established. Economic viability and incomparable social value have been proven. What’s missing is devoted, secure space. 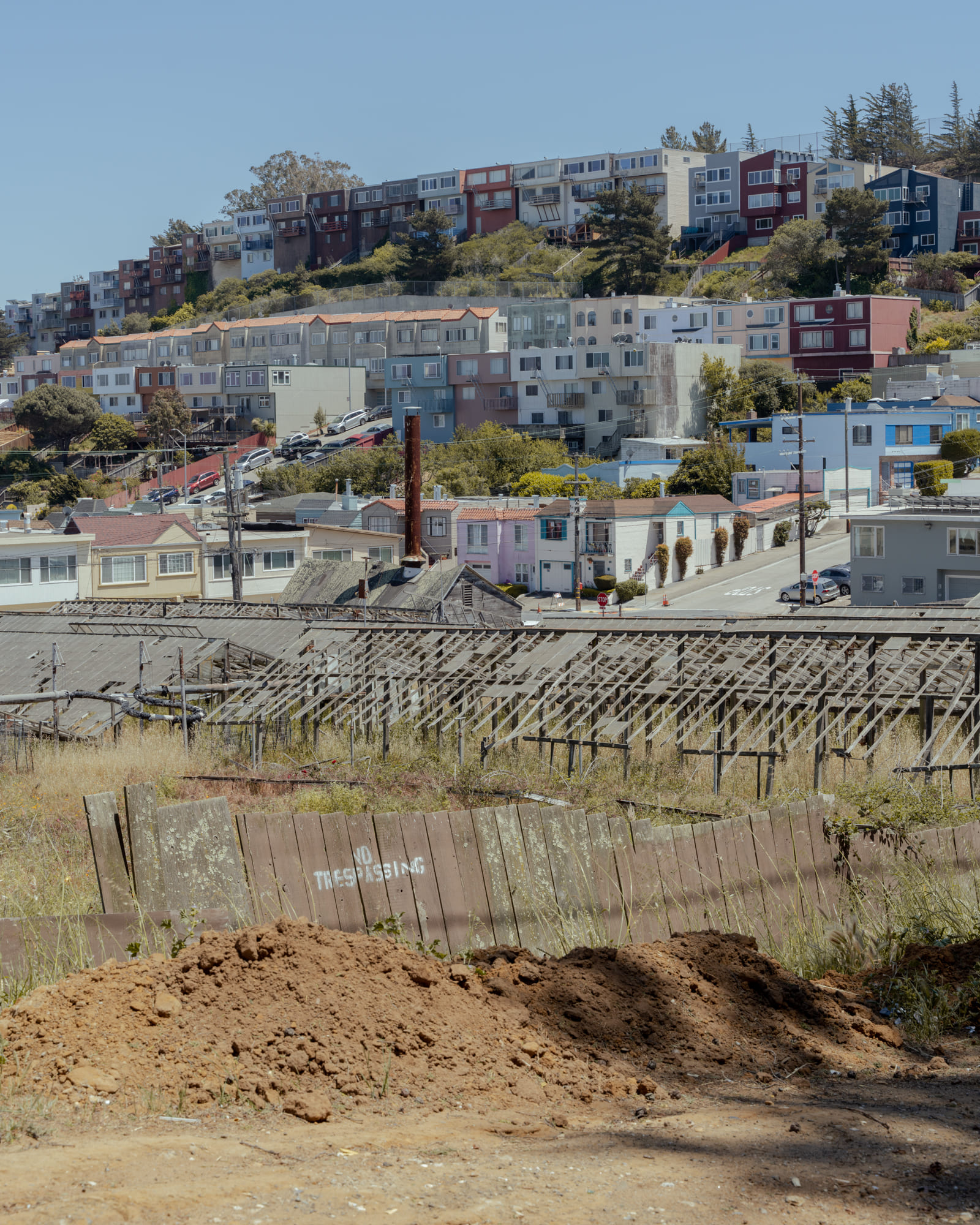 The greenhouses are located in the Portola District in southeast SF. Photo: Companion–Platform 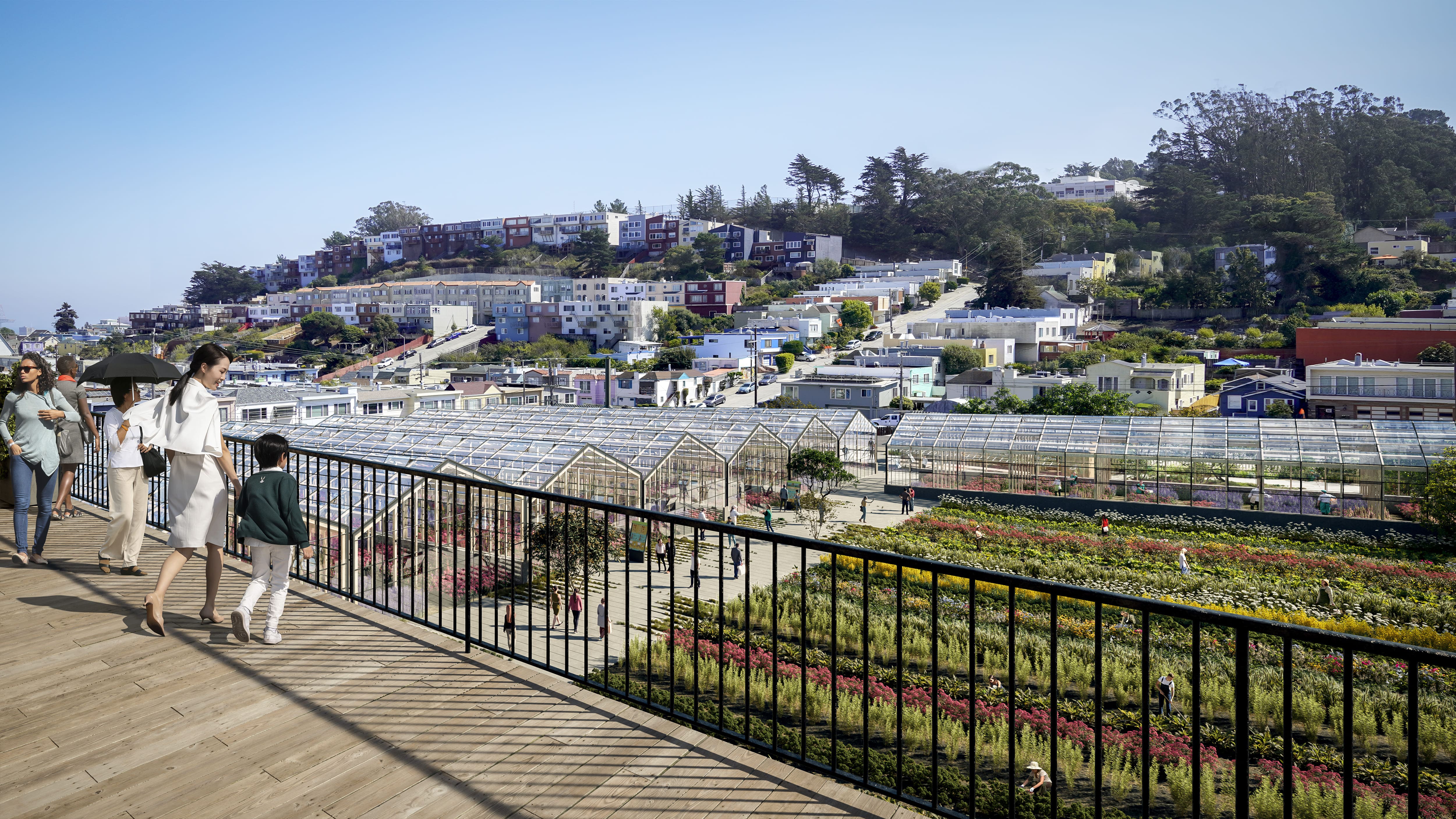 A public observation deck, located off the commercial kitchen, will offer a view of farm and greenhouse operations. Rendering: Dmitry Golikov

CITIES ARE POTENT SITES FOR EDUCATION AND CHANGE.

The Portola District earned its reputation as San Francisco’s Garden District in the early 1900s. At its peak, at least 19 commercial farms and greenhouse operations were spread throughout the neighborhood. Of these, the greenhouses at 770 Woolsey are all that remain.

Physically, the site is uniquely well suited for agriculture – more than any other available SF parcel – in its south facing slope, and the east-west orientation of its greenhouses. Two onsite wells serve as a promising water source.

Geographically, the site is situated in southeast SF, an isolated area flanked by freeways, home to a disproportionate number of low-income households, and historically underrepresented in terms of public realm investments.

Culturally, the neighborhood has made clear that healthy food options and community gathering spaces are top priorities for the Portola. 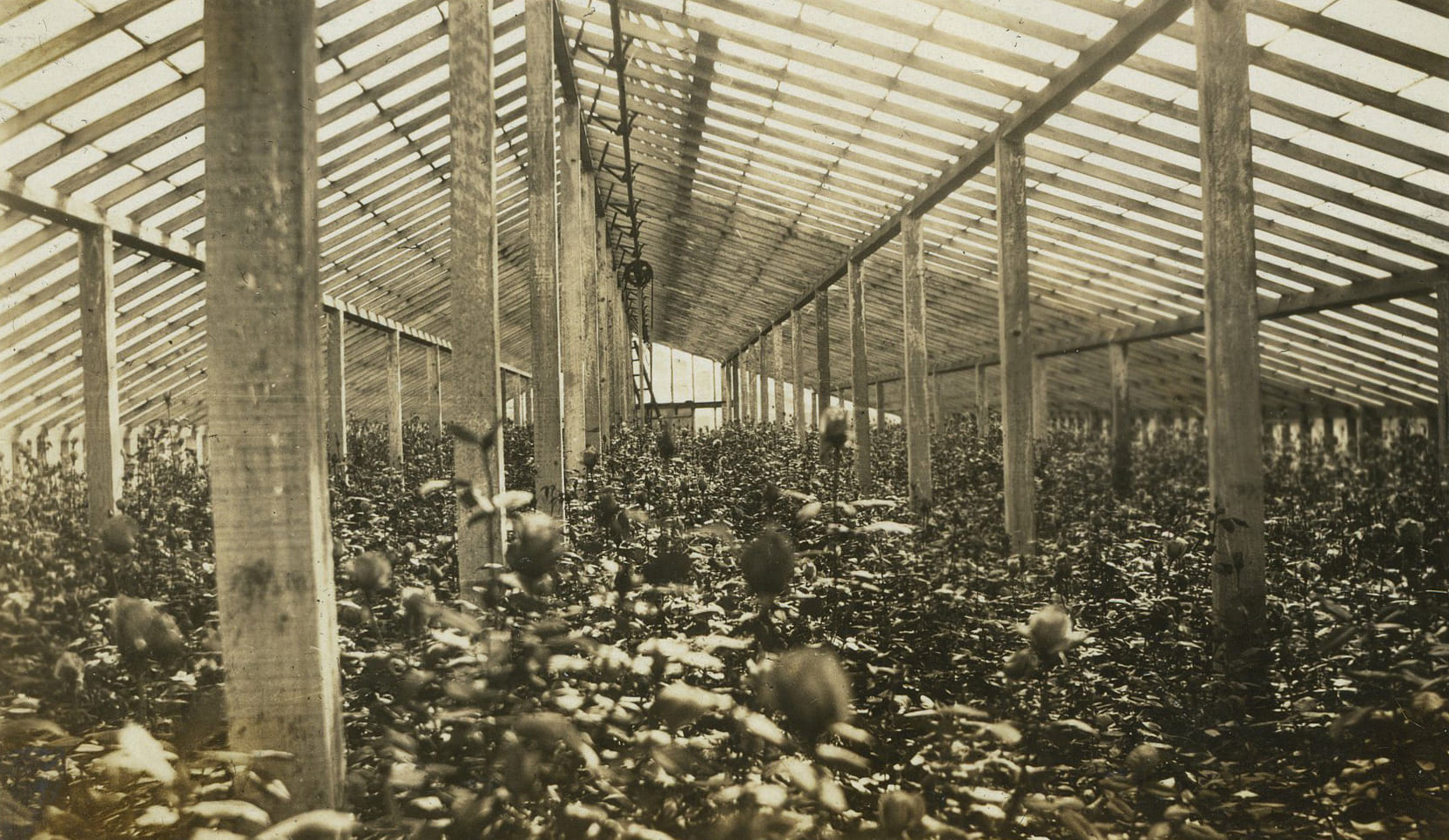 A historic view inside the greenhouses, circa 1940s. Photo: Gerald Garibaldi 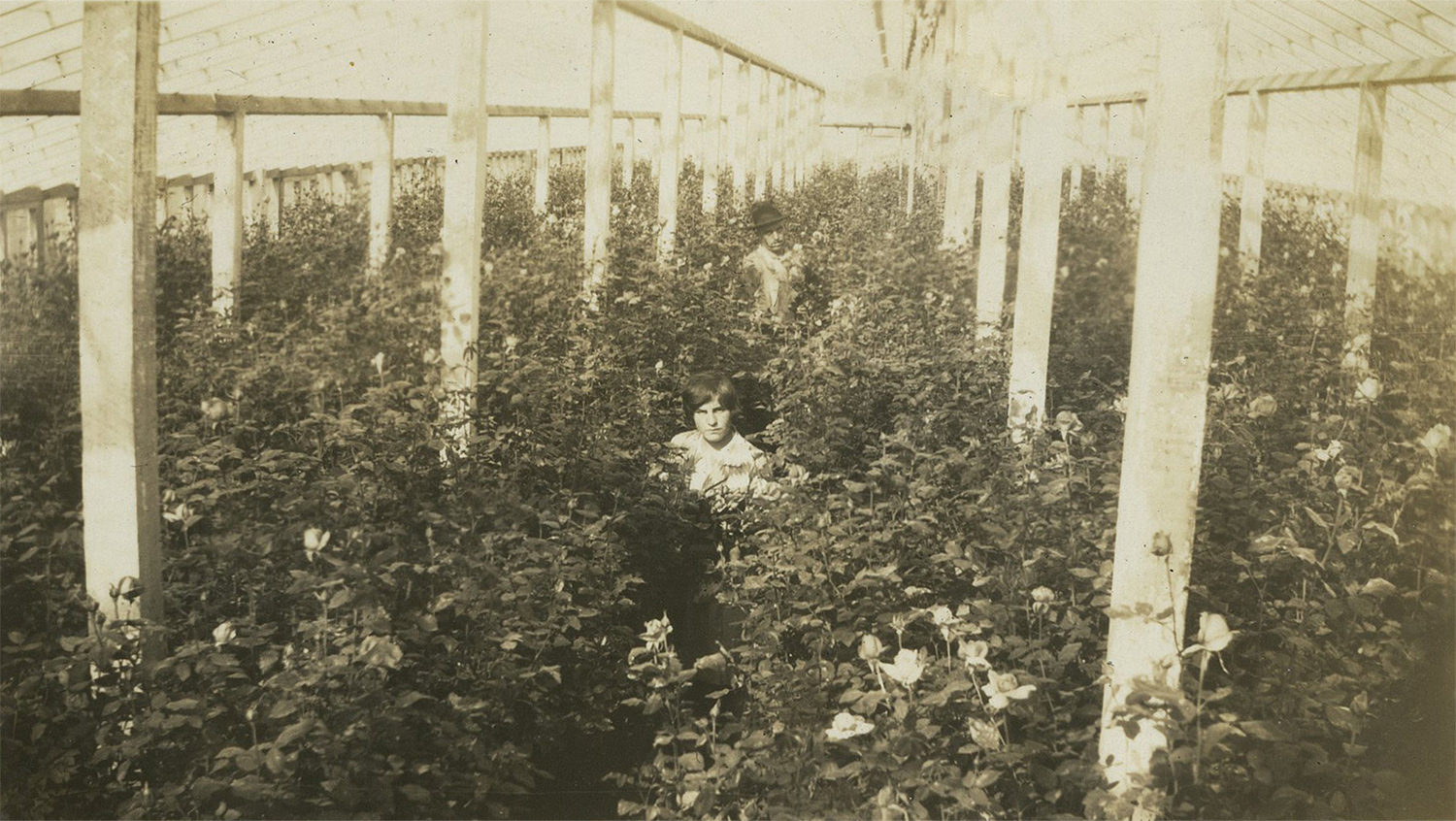 The greenhouses were one of dozens of family-run operations in the Portola, known historically as San Francisco’s Garden District. Photo:Gerald Garibaldi 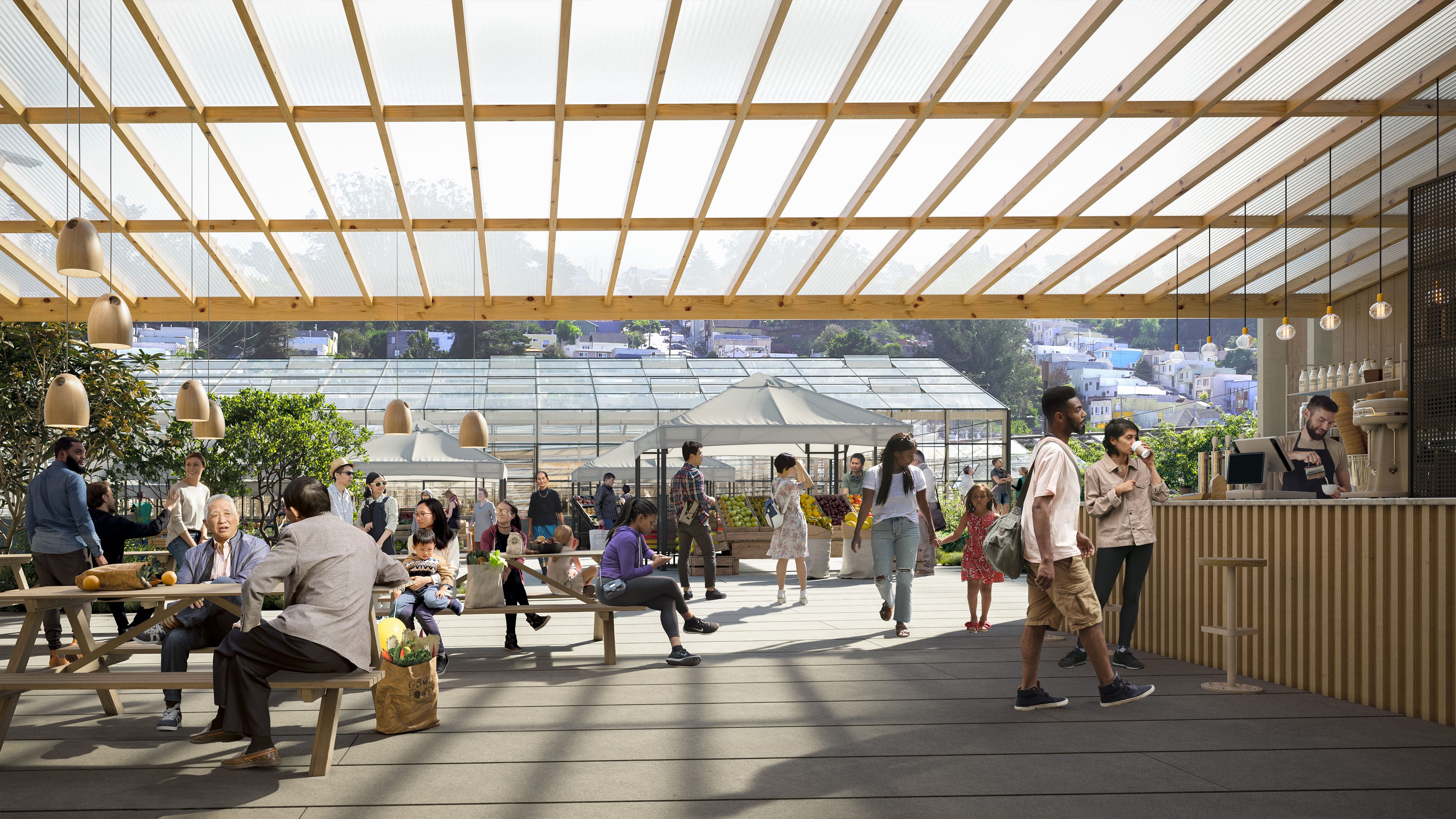 A farmers market and event space will be designed for produce distribution, public programming, and community events. Rendering: Dmitry Golikov

Join us in bringing Portola Farm to life.

In July 2017, a developer purchased the site from its longtime owner and is actively planning to develop the site for market-rate housing, a plan widely disfavored in the neighborhood.

In Spring 2021, through an extended, good faith negotiation, The Greenhouse Project and Friends of 770 Woolsey secured a legal right to purchase the property.

We are actively engaged in a capital campaign to bring Portola Farm to life.

Get Involved
Thank you! You're signed up for our newsletter!
Oops! Something must have went wrong... 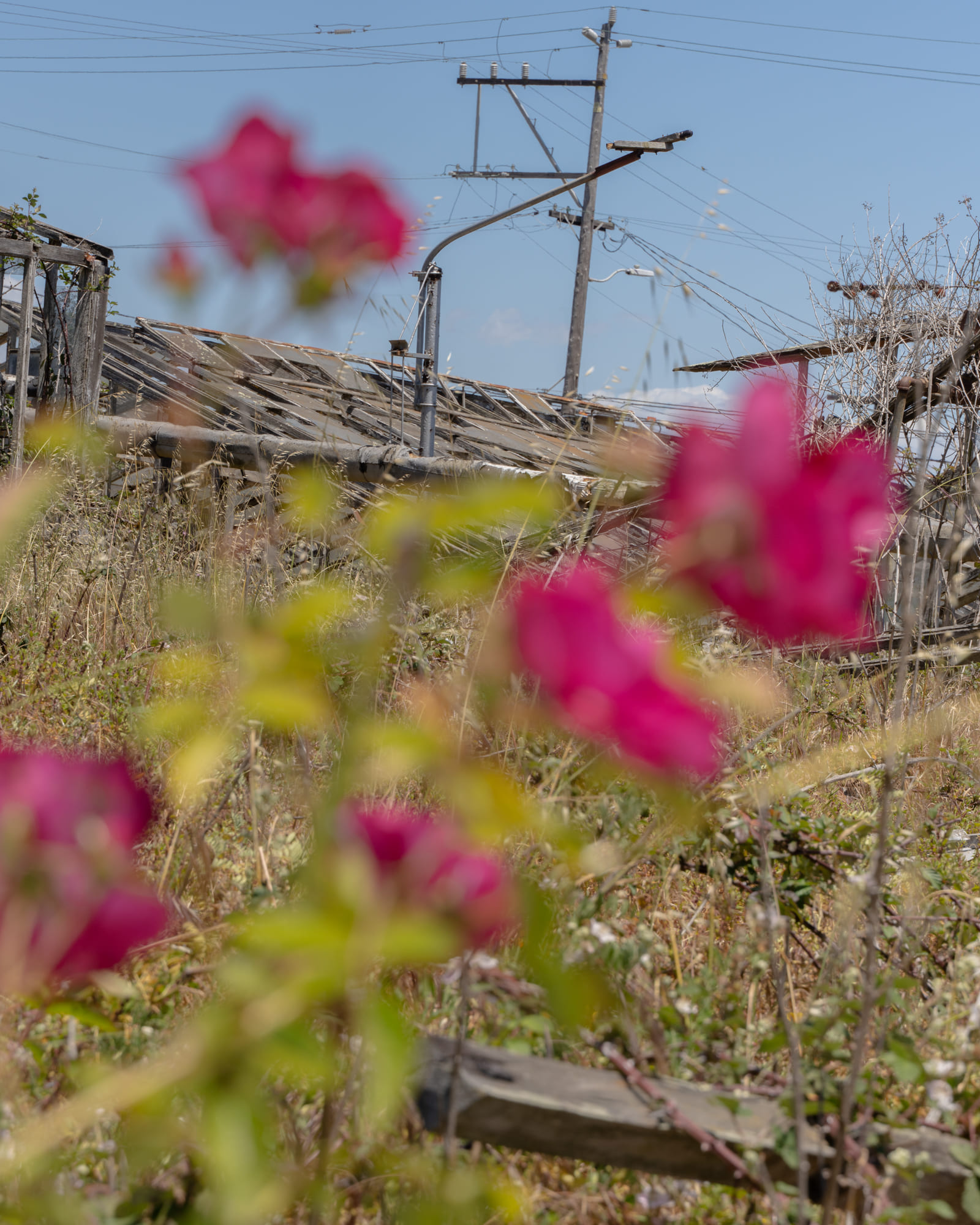 Roses bloom at 770 Woolsey. An indicator of history, resilience, and potential. Photo: Companion–Platform